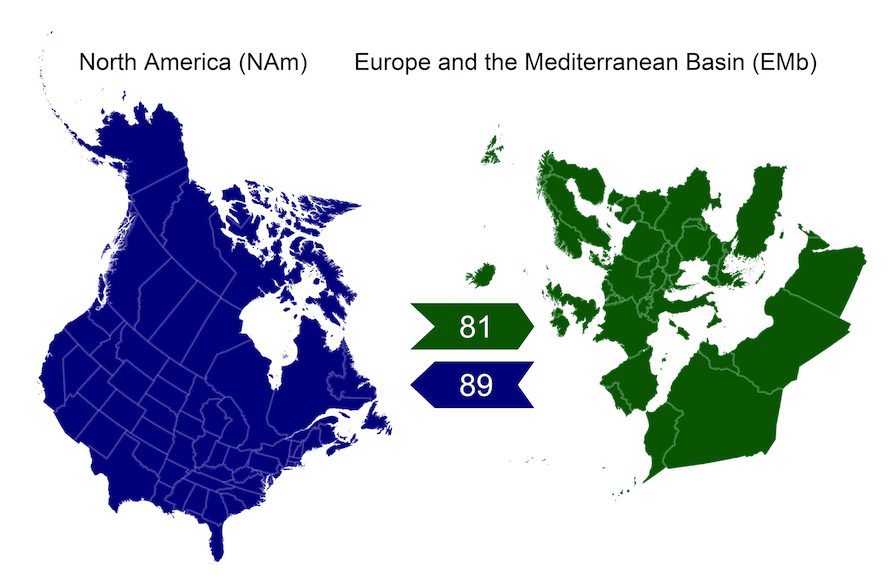 Our PhD student Bruno together with several other workgroup members recently published a paper in Diversity and Distributions.

In the context of the biodiversity crisis, the control of non-native species represents a crucial challenge. Functional traits, residence time, and native range size have been frequently used to predict non-native species' performance. In this paper, the authors tested whether invasion success can be predicted better by using two new native range parameters derived from the dark diversity (the set of ecologically suitable species currently absent in a studied site). The first parameter is the sum of suitable locations, which describes how broadly species can tolerate various ecological conditions in general (niche breadth). The second is dark diversity probability, which describes the chance that a species fails to fill its suitable range (niche realization limitation). The authors used tree species data from native and invaded ranges and found that dark diversity metrics from the native range described invasion success well. These parameters had a significant contribution even if functional traits such as mycorrhizal status or plant height were included and residence time was considered. In addition, the models outperformed using the realized native range size. In conclusion, dark diversity-related parameters can be informative in biological invasion studies and help to combat biodiversity loss.